The Best Jobs for Veterans in 2015 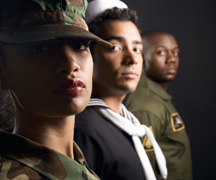 As the job market has improved, employers have been reaching out in greater number to a segment of the population that's most in need of new jobs: U.S. military veterans.

In fact, the unemployment rate is now just 4.7% for veterans 18 years and older from all branches of the military, according to the U.S. Bureau of Labor Statistics (BLS), compared to the national unemployment rate of 5.6%. That’s an improvement of 0.8% from December 2013, or nearly 100,000 more veterans in the workforce.

Still, hiring experts say that the landscape for younger veterans can be improved even further in 2015.

“Most companies don’t want to hire someone who is 22 to 28 years old,” says Rob Barr, CEO of HireAHero.org. “But they’ve gone into service, been in the system and learned communication skills that they need for the workplace.”

Martin Woomer, a veteran of the U.S. Navy now working for Ford Motor Co., says finding a company willing to work with this experience gap is a huge asset.

“I’m the guy with 0 years and my co-workers have 20 years [of experiences],” says Woomer, an engineer in Detroit. But specialized training provided by Ford, including Six Sigma Black Belt certification, has helped Woomer on what he describes as a “year-and-a-half, two-year [learning] curve.”

For veterans who are not part of a company like Ford that provides specialized training, they must find their own job-skill training programs.

To that end, HireAHero.org offers Educate A Hero, a new program specifically designed to match veterans’ skill sets and interests with colleges and trade schools.

“Right now, no platform out there says, ‘This is what you get with your GI Bill,’” Barr says. "Educate A Hero fills that void and makes some of the best jobs for veterans more accessible," he explains. And many of these top careers are attainable with higher education, thanks in large part to the concerted outreach efforts made in both public and private sector industries.

The first step, Woomer says, is to “have a plan” and focus on developing skills for a career—not just a job.

“Do a competency analysis,” he says. “If you need skills – I needed project management certification – aggressively pursue acquiring [them].”

When targeting specific industries, savvy veterans with the appropriate skills should consider finance. Financial employers make up a considerable portion of the top 10 in the Military Times 2014 survey of best companies for veterans, with Charles Schwab & Co. Inc., Capital One Financial and JP Morgan Chase all checking in.

“The trades do a good job of offering camaraderie,” Barr says. “For example, if you’re an electrician, you’re in the IBEW [International Brotherhood of Electrical Workers].” The same is true for construction, and veterans who excel in construction trades can put the leadership skills developed while in service to use as construction program managers.

This quality of leadership can also translate to the corporate world. Companies seeking leadership guidance can benefit from hiring veterans as training and development managers or administrative services managers. Both jobs require organization and a take-charge mentality.

Other skills learned in the service, such as caring for peers, opens doors for great employment opportunities in the civilian world. Some states offer programs toward civilian certification for veterans who work as emergency medical technicians or nurses in the military.

However, it’s important veterans know where their experience can be applied best, and when they must obtain additional credentials. This is just one of the many questions Barr says all veterans should emphasize when entering the workforce.

For those seeking a post-military career path, consider one of the best jobs for veterans in 2015, using criteria from the CareerCast.com Jobs Rated report: 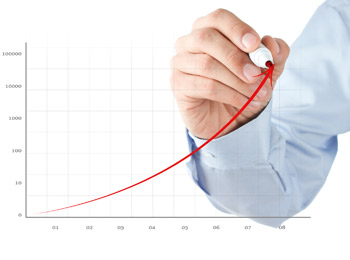 Organizational and time management skills veterans cultivate during service can translate well to the corporate world in an administrative capacity.